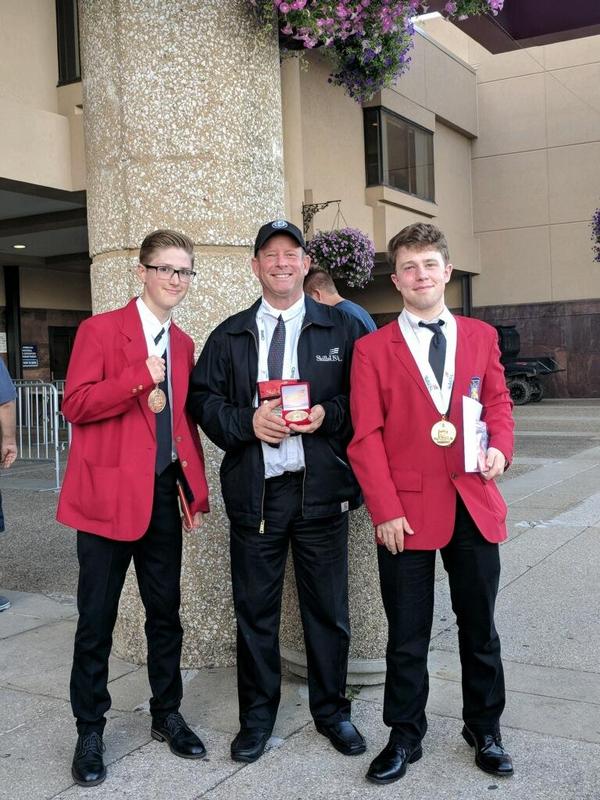 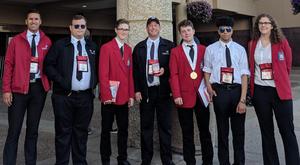 Recently the Regional Occupational Center (ROC) had seven students qualify for national competitions through the SkillsUSA organization. SkillsUSA is a national student leadership organization focused on closing the skills gap in the American workforce. Students from all 50 states gathered in Louisville, Kentucky this June to compete against each other in various skills and leadership competitions across all industry sectors.

Two of the ROC students, Jackson Plivelich and Sam Myers, qualified for the nationals by winning the state competition in 3-D Animation. At nationals, the duo had to produce high quality images and an animated short subject using 3-D animation software. They were evaluated on their technical knowledge, production skills, and creative abilities – including visual development and storyboarding. When the results came in Jackson and Sam were announced national champions. Jackson stated, “None of us expected to win Nationals because we had only been learning how to make 3D animations since August of 2017, but this ended up making our win an amazing surprise, and put a cherry on top of the great experiences we had throughout all the SkillsUSA tournaments this past year.” This is the second time in the past four years that the ROC has produced a national champion through SkillsUSA.

The quality of work that the ROC 3-D Animation students were able to produce is an indication of great things to come in the emerging 3D Animation program that is offered at ROC. Brad Pollard, their instructor, said, “We’re very proud of our students for not only winning the Gold medal but scoring the most points ever in a SkillsUSA 3-D Animation National competition.  This was the first year ROC 3-D Animation students entered in SkillsUSA competitions, so our goal was to learn as much as possible and do our best, hoping for a strong finish”. The ROC has recently developed a partnership with House of Moves, an Animation and Motion Capture Studio, located in El Segundo, CA. Students in the 3-D Animation program were able to tour the studio this year and find out what it takes to work in the animation industry. There are plans in the works to expand these types of partnerships, strengthening the career pathway in this booming industry and providing more amazing opportunities for the ROC students.