“It’s a Grand Night for Music” 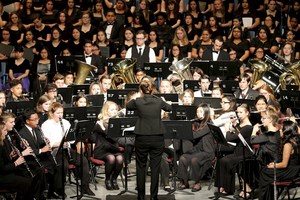 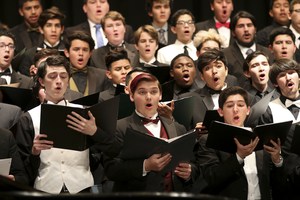 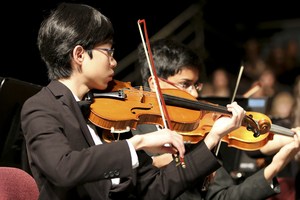 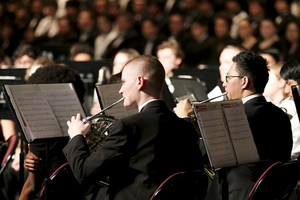 The sweet sounds of talented local students filled the Rabobank Convention Center for the annual “It’s a Grand Night for Music” event January 31, 2017.

“This concert is a great way to show that music is a truly communal experience.  These students have an opportunity to work with peers that are at the top of their respective musical programs. During rehearsals, you could hear students being pushed to become better musicians by the conductors and their peers.” - Daniel Musquez, Instrumental Music Director, Mira Monte High School

Students for the Honor Band and Orchestra were selected through an audition process that included playing scales & excerpts for a panel of judges.  The Festival Choir consists of students recommended by their choir directors.

The repertoire for this year’s “It’s a Grand Night for Music” represented a wide-range of musical styles that also highlighted the music of different cultures. The audience was treated to pieces by great composers such as Pyotr Ilyich Tchaikovsky & Leonard Bernstein.